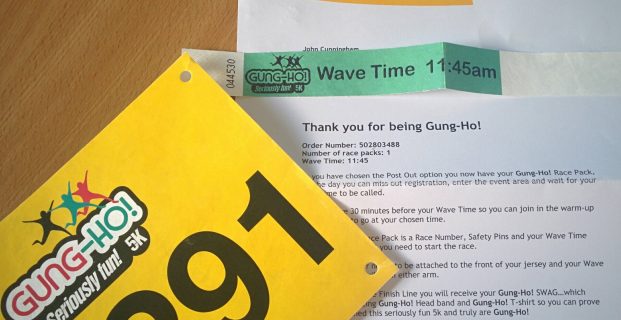 The packs came in the post in the last day or so. Less that 7 days and this whole Gung-ho event will be over. The bouncy crazy course of 5K will be over and I know I will not be running all of it but will be enjoying it with Michelle. We will laugh and struggle and hopefully not break anything but we have been blessed by the amounts that so many of you have given, in encouragement and in money.

We beat our target of £500 last week and were overcome with appreciation that people believed in us enough to donate for it. Many have said they would donate but don’t know who has or has not as there has been so many anonymous amounts. We do say Thank you though to everyone.

Will training stop now… one week to go – not likely. Have either of us managed to complete the C25K program that is meant to get you running from nothing in 6 to 8 weeks. Well, I know I haven’t but have been going outside or to the gym multiple times a week trying. We started or I should say I started after Michelle at the start of April with training and that first session of 60 seconds running and 2 minutes resting. We have done it just over 3 months and though can do better than when we initially started – I am nowhere near to running for 30 minutes non-stop but this is an obstacle course so intervals are better.

We both will continue on the road to getting fitter and though this target WILL be passed, 3 months was not enough time for us to get there. We will struggle and get through, we will support each other as many of you have also supported us. So Thank you, and I’ll update again next week after the event 🙂

We got sent this link to what we will expect to see next week: The obstacles on the course – It should be fun… right? 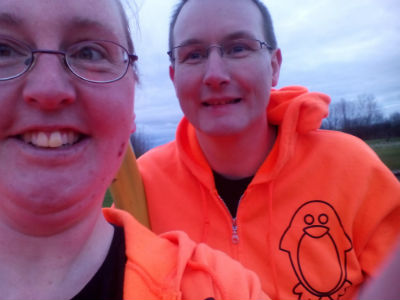 So we said we needed to get fitter, lose a little of that added weight and things we didn’t like that we’ve made in our 30s and I suggested, lets try something fun – this looks like fun and its something to aim for, something to make us train for so Michelle and myself signed up for Gung-ho Newcastle on the... (more)